Business acquisition and contract termination: a case of buyer beware

As part of the process of purchasing a business, whether through the acquisition of shares or assets, buyers would be well advised to carry out due diligence on the various legal, accounting and operational aspects of the desired business. After this verification period, buyers will have a better understanding of the risks of the transaction and can negotiate with sellers regarding mechanisms to mitigate these risks.

Some contracts include specific termination arrangements in the event that rights are transferred without the prior consent of the other party to a contract. Furthermore, a third party’s acquisition of rights under a service contract may also entail a significant risk in light of the simplified rules governing contract termination under the Civil Code of Quebec (“C.C.Q.”). Indeed, these rules allow the client to unilaterally terminate a contract without having to prove that the contractor or service provider is at fault. In such a case, the client is only liable to pay for the value of the work already performed under the contract.

This means that when acquiring assets that include a vendor’s rights under a service contract, the purchaser could find him or herself paying a considerable amount for a contract that could subsequently be terminated. Unfortunately, such was the situation that led to the Sobeys decision and the Leclerc decision.

On June 14, 2016, 7006098 Canada Inc. (“6098”) acquired the assets of Steve Leclerc’s (“Leclerc”) sole proprietorship, which consisted primarily of mobile snow removal equipment and the rights under a snow removal contract (the “Contract”) between Leclerc and Sobeys Canada Inc. (“Sobeys”). The asset purchase and sale agreement did not contain any clauses providing for an adjustment of the purchase price in the event that the Contract was terminated without cause.

On September 13, 2016, Sobeys delivered a notice of contract termination without cause to 6098, stating that due to the sale of its building, snow removal services were no longer required.

Following this termination, 6098 pursued two separate actions, namely a claim for damages against Sobeys, claiming, among other things, the cost of acquiring both the Contract and a power shovel, and a claim against Leclerc for the $75,000 paid by 6098 to acquire the Contract.

In the Leclerc decision, the Court of Quebec dismissed the action at the stage of a motion for dismissal, being of the opinion that the action brought was inadmissible and manifestly ill-founded. The Court of Quebec concluded that the defendant, Leclerc, committed no fault and could not be held liable for Sobeys terminating the Contract after its sale. Leclerc fulfilled his obligation to deliver the snow removal contract and could not be faulted in this regard. 6098 should have acted differently to protect its interests. In other words, the purchase and sale agreement could have provided a mechanism for reducing the purchase price in the event that Sobeys terminates the service contract.

As for the action brought against Sobeys, the plaintiff, 6098, withdrew its claim on the morning of the trial. However, Sobeys maintained its counterclaim for abuse and damages for the extrajudicial fees incurred.

Although 6098 suffered a monetary loss that cannot be recovered, i.e. the cost of acquiring the Contract, nothing prevented Sobeys from terminating this Contract under article 2125 C.C.Q.

In fact, the Contract did not contain any clauses excluding the application of articles 2125 and 2129 C.C.Q. As to the question of whether the acquisition of the Contract represents an expense preceding the notice of termination that could benefit from the application of article 2129 C.C.Q., the Superior Court answered in the negative and specified:

[63] The cost of acquiring the contract that Leclerc originally entered into with Sobeys is not an expense incurred in connection with or in fulfillment of the snow removal contract and is not eligible for compensation under article 2129 C.C.Q. Sobeys is a third party with respect to this agreement and has no obligation or liability toward 098 as a result of this agreement. 098 acquired rights from Leclerc, but does not benefit from any rights other than those that Leclerc had under its contract with Sobeys. (our translation)

Finally, the Superior Court concluded in its decision that 6098’s claim was abusive and reckless, that Sobeys had the right to terminate the service contract unilaterally and that Sobeys was not required to indemnify 6098 in this regard. The Court ordered 6098 to pay part of Sobeys’ legal fees.

In conclusion, if a buyer identifies a risk during the due diligence process, that risk must be subject to mitigation measures to avoid a situation similar to the one in the decisions discussed above. Among the possible solutions, the buyer could have requested the inclusion of a purchase price adjustment clause in the purchase and sale agreement, in the event of early termination by the customer. Alternatively, the buyer could have required that a new contract with the customer be negotiated to the buyer’s full satisfaction. In short, once the risk has been identified, it must be appropriately managed based on the circumstances, in order to avoid significant financial consequences for the buyer.

The authors would like to thank Raphaëlle Renzo-Gaudet for her participation. 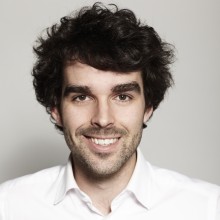 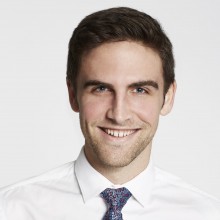