Home > Publications > Articles > Bill 96 amending the Charter of the French Language: What employers need to know

Bill 96 amending the Charter of the French Language: What employers need to know

On June 1, 2022, in its drive to strengthen the status of the French language in Québec, the Government of Québec received royal assent to its Bill 96, the Act respecting French, the official and common language of Québec. This statute, which amends the Charter of the French Language, imposes new obligations on employers and most of those new obligations came into effect on June 1. Employers will therefore have to adapt their processes and practices in order to meet the new requirements.

While the requirement for bilingualism was common practice when posting a job offer in Québec, employers will now have to comply with new, stricter rules on the matter. Even though the previous law already required employers to demonstrate that the performance of tasks required knowledge of a language other than French, employers must now meet the following three conditions:

If any of these three conditions are not met, the employer will be “deemed not to have taken all reasonable means to avoid requiring knowledge or a specific level of knowledge of a language other than the official language.” That will constitute a prohibited practice leading to a possible recourse by “the victim.”

It is stipulated, however, that these obligations must not impose an unreasonable reorganization of the employer’s business.

The conditions also apply to promotions and transfers.

In addition, when knowledge of a language other than French is required in a job offer, the reasons for such requirement must be specified. The application form must also be readily available in French.

Previously, subject to the express wish of the parties, employment contracts could be drawn up in a language other than French. The practice was to insert a clause to that effect at the end of the contract.

Since Bill 96 has become law, in the case of contracts of adhesion (i.e., contracts in which all the essential clauses are imposed by the employer), the employer must first provide a French version of the contract so that the employee can read it and expressly agree to be bound by the English version. It should be noted that the employee must have easy access to documents and materials relating to working conditions in French.

Harassment and discrimination related to language

Also, as of June 1, 2022, employees have an explicit right to a workplace free of harassment or discrimination related to the use of French at work. Consequently, the employer has a duty of prevention and an obligation to take reasonable means to put a stop to behaviour that violates this right.

As of June 1, 2025, three years after the new law comes into effect, companies with 25 to 49 employees will also be subject to these same obligations.

In addition, companies with 25 or more employees will have to set up a committee responsible for analyzing and improving francization within the company if ordered to do so by the Office.

As of June 1, 2022, the government will no longer award contracts or grant subsidies to any company that violates the obligations set out in the Charter of the French Language.

The fines imposed on companies for violations of the law have also been substantially increased, ranging from $3,000 to $30,000 for a first offence, with each day of violation constituting a separate offence.

The directors of the offending company will be presumed liable for the offence, subject to a reasonable due diligence defence.

The amendments to the Charter of the French Language clearly require employers operating in Québec to make some changes. The requirement to demonstrate that all reasonable means have been taken to avoid requiring bilingualism as a condition for employment is certainly something to think about, and is likely to provoke debates before the courts.

As for private sector companies under federal jurisdiction in Québec, they will, of course, still be able to voluntarily comply with the obligations of the Charter of the French Language. Alternatively, Bill C-13, introducing the Use of French in Federally Regulated Private Businesses Act, which is in the process of being passed, will be the Federal Parliament’s response to protect and promote the French language.

For more information or advice on these new obligations, contact our Labour and Employment Law Group. 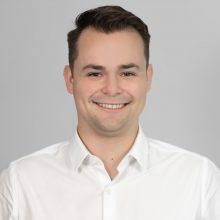 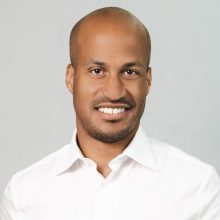