Arbitration Under the Health Insurance Act: Comment on a Recent Supreme Court of Canada Decision

In a recent decision rendered by the Supreme Court of Canada (Quebec (Attorney General) v. Guérin, 2017 SCC 42), the Supreme Court had to determine whether a medical specialist could submit to arbitration, pursuant to the arbitration regime created by the Health Insurance Act (the “Act”), his contestation of a decision rendered jointly by the Quebec federation of medical specialists1 (the “Federation”) and the Ministry of Health and Social Services (the “Ministry”) pursuant to a mechanism contractually established by them.

In this case, a radiologist, Dr. Ronald Guérin (the “Applicant”), submitted a dispute to an arbitrator pursuant to the Act, in order to challenge a joint decision rendered by the Federation and the Ministry not to declare his medical imaging laboratories eligible for a digitization fee established pursuant to a radiological diagnostic protocol (the “Protocol”) attached as a schedule to the Accord-cadre (Framework Agreement) between the Federation and the Ministry with regard to the application of the Act (the “Framework Agreement”).

The arbitrator decided that he did not have jurisdiction to issue the declaration sought by the Applicant and to rule on the eligibility of the Applicant’s laboratories for the digitization fee, as the Protocol provides that the Federation and the Ministry have the exclusive authority to recognize or not a laboratory and had thus removed this type of decision from the jurisdiction of the arbitration council. The arbitrator also decided that the Applicant did not have the required standing to submit the dispute in question to arbitration.

Both the Superior Court of Quebec and the majority of the Court of Appeal found that the arbitrator’s decision was unreasonable, and that section 54 of the Act allows for a medical specialist to contest joint decisions of the Federation and the Ministry through arbitration.

The case was heard by a coram of seven Supreme Court justices. Justices Wagner and Gascon, writing on behalf of the four-judge majority, allowed the appeal and reinstated the arbitrator’s decision. Justices Brown and Rowe arrived to the same conclusion, but for different reasons. Justice Côté dissented, siding with the Superior Court and the majority of the Court of Appeal.

Applicable standard of review and arbitrability of the dispute

Justices Wagner and Gascon, for the majority, were of the opinion that the dispute did not raise an issue of jurisdiction, but rather an issue of arbitrability.

They concluded that the standard of reasonableness applied, as the arbitrator was called upon to interpret and apply his enabling legislation, namely the Act, as well as the Framework Agreement and the Protocol, which are at the core of his mandate and his expertise.

The majority of the Supreme Court considered that the arbitrator’s refusal to hear the dispute was reasonable.

In determining the arbitrability of the dispute, Justices Wagner and Gascon did not limit their analysis to the terms of section 54 of the Act but also took into account the terms of the Framework Agreement and of the Protocol. As the Protocol provides that the Federation and the Ministry have the exclusive authority to declare a clinic eligible or not for digitization fees, the judges considered that it was reasonable for the arbitrator to conclude that such decisions were excluded from the arbitration process.

Justices Brown and Rowes, as well as Justice Côté, were rather of the opinion that the dispute raised a valid issue of jurisdiction and that the correctness standard therefore applied. In their view, the arbitrator erred in concluding that he did not have jurisdiction to hear the case.

With respect to the Applicant’s standing, although it was not strictly necessary to address this issue, the majority of the Supreme Court concluded that the arbitrator’s decision in that regard was reasonable. The arbitrator had concluded that the Applicant lacked standing, on the ground that pursuant to the Framework Agreement and the Act only the Federation could submit disputes of this nature to arbitration.

The majority of the Supreme Court reminded in this regard that the Act grants the Federation the exclusive right to represent its members for the purposes of the negotiation and application of the Framework Agreement, except for disputes involving the contestation of fees.

As for Justices Brown and Rowe, they agreed that the reasonableness standard applied to the issue of standing in this instance and that the arbitrator’s decision in that regard was reasonable. However, their analysis with regard to the determination of the applicable standard of review differs from that of the majority. According to them, the issue of standing may constitute a jurisdictional issue where an administrative tribunal is authorized by its enabling legislation to hear cases submitted by complainants from only certain specific categories of persons. In such cases, the tribunal’s decision is subject to review pursuant to the correctness standard. However, as that was not the case in this instance, the reasonableness standard applied.

Justice Côté, for her part, was of the view that the correctness standard was applicable to the issue of standing in this case, as it involved an issue of jurisdiction. Indeed, according to the arbitrator’s interpretation of the Act and the Framework Agreement, he did not have jurisdiction to hear a dispute initiated by a medical specialist unless it concerned a contestation of fees.

In any event, according to Justice Côté, even if the applicable standard of review was the reasonableness standard, the arbitrator’s decision was not an outcome that could be justified in light of the facts and of the law, as it was based on an erroneous characterization of the nature of the dispute and on a misinterpretation of section 54 of the Act. By interpreting said section on the basis of the terms of the Framework Agreement, the arbitrator disregarded the fundamental principle of the hierarchy of norms. Justice Côté was therefore of the view that the Applicant did have standing in this instance.

In this decision, the Supreme Court is profoundly divided on the issue of the determination of the standard of review applicable to a decision of an arbitration tribunal concerning its jurisdiction or the arbitrability of a dispute, as well as on the issue of standing.

While the majority of the Supreme Court considered that the dispute did not raise an issue of jurisdiction and that the applicable standard of review was reasonableness, Justices Brown, Rowe and Côté, as the Superior Court and the majority of the Court of Appeal, were of the contrary view that the dispute did raise a valid issue of jurisdiction, and thus the correctness standard applied.

Moreover, while section 54 of the Act, which provides for the right to submit a dispute to arbitration, does not limit such right to the two negotiating parties, in this case the Federation and the Ministry, the majority of the Supreme Court held that the two negotiating parties in question have the power to contractually limit access to the arbitration process and to prevent members of the Federation from having recourse to it.

On the contrary, Justice Côté considers that section 54 must be interpreted in a broad and liberal manner and that the arbitrator erred in interpreting it restrictively on the basis of the terms of the Framework Agreement, given the principle of the hierarchy of norms. 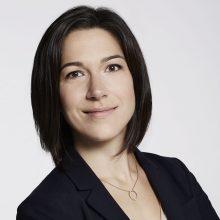