An Employee’s Falsification of Employer Documents Justifies his Dismissal

In a decision released on June 6, arbitrator P-A Fortin upheld the dismissal by a school board1 of one of its teachers. The employee had falsified two pay slips and a letter from his employer to make it appear that he was on unpaid leave with respect to 50% of his workload, in order to avoid paying the alimony claimed by his ex-wife.

Subsequent to his ex-wife filing her alimony claim, the teacher, fully aware that his application was late, had applied to the school board to be relieved of 50% of his workload for the 2012-2013 school year, under the pretext of having to care for his diabetic son and beginning to suffer from exhaustion because of his difficult marital situation.

As his application for leave did not meet the criteria set out in the collective agreement, it was rejected, and the school board’s human resources manager so informed him.

When he submitted his leave application (early July 2012) the teacher advised his school’s management in writing not to be concerned if it was informed of an application from him for a 50% leave, and that the school could continue to rely on him, stating “You won’t have to change your school organisation … trust me; I’ll explain later.”

Subsequently, the employee forged a letter appearing to be from the school board’s human resources director, bearing a facsimile of the latter’s signature and the school board’s logo, which stated that he was on 50% leave. He also falsified two of his pay slips to indicate he was receiving 50% of his normal remuneration. Those documents were then sent to his ex-wife’s lawyer as proof of his income, to be used in calculating the amount of alimony he would have to pay.

The evidence led before the arbitrator showed that at the time he falsified the documents, the teacher had consulted his family doctor (Dr. Ste-Marie) who concluded that his patient, while still of sound judgment, was being adversely affected by all he was going through at the time. The physician diagnosed a situational anxio-depressive reaction and recommended a reduction of his workload for the next school year.

The union, supported by an expert’s report, argued before the arbitrator that the teacher’s psychological condition was such that he was not responsible for the falsification of the documents.

[69] Regarding the notes of Dr. Ste-Marie, Dr. Bleau specifies that the proposed medication was an anti-depressant. He notes that Dr. Gagnon, in his report, refers to those notes but does not adopt them. Those notes mention that the patient was not delirious and had sound judgment; although sad and depressed, Mr. Racicot did not suffer from anxiety, was not suicidal and had adequate judgment. (our emphasis)

Referring to the testimony of the employer’s expert, Dr. Bleau, the arbitrator noted the following:

[73] According to the doctor, this was not an instance of “acting out” as he did not act impulsively. The act of falsifying the documents required full possession of his means. He had not lost contact with reality as he was engaging in a complex exercise that required planning and organization. This was neither acting out nor a depression or loss of contact with reality.

As for the testimony of the union’s expert, Dr. Gagnon, the arbitrator made the following observation:

[92] He agrees that when Mr. Racicot was falsifying the documents, he knew that what he was doing was illegal and that he could profit from it.

Later, in the body of his decision, the arbitrator queries whether the sanction should be reduced given that this was the teacher’s first offence. In that regard, he stated:

[129] As the fault was proven and even admitted, the employer was both entitled and obligated to impose a disciplinary measure. The usual question arises: was the sanction proportional; did the fault justify such a measure?

In addressing that question, the arbitrator took into consideration the “criminal” and “serious” nature of the fault, as well as the teacher’s role in society, stating:

[130] At first blush, it is tempting to answer this question in the affirmative, despite some precedents in support of the policy not to come down too hard on an employee for a first mistake, despite the seriousness of the fault, and to give the employee a second chance. It must be remembered however that in this instance we are dealing with a serious criminal offence that must be assessed in light of the position held by this individual and its attendant duties and obligations pertaining to the education of society’s youth, as the Supreme Court has clearly pointed out.

Later on in his analysis, the arbitrator states:

[151] … Mr. Racicot was clearly upset and negatively affected. But when he falsified the documents, was he in such an altered state that he no longer possessed sound judgment and had lost touch with reality? With respect for the contrary opinion, the tribunal is of the view that the answer to that question is no, in light of the evidence and all of the circumstances. In his testimony, Mr. Racicot, very affected, affirmed that if he had been granted leave (a reduced workload) he would have used it.

[152] However, that is somewhat difficult to believe, as in August he had a medical certificate that would have allowed him to obtain such leave had he shown it to his employer, which he deliberately did not do. On the contrary, and this sheds some light on his refusal to follow his doctor’s recommendations, not only did he not use it advisedly, he incorporated it into his scheme to make it appear that his income had been reduced.

[153] One can legitimately speak of a plan here, because since July Mr. Racicot had been scheming and manipulating the human resources department and his doctor, as his use of the documents illustrates so well. He claimed his economic situation was dire, his living conditions were shabby and his activities were reduced, but made no mention of his passion for cars and the ones that he owned, whether outright or not; it was his son who disclosed all of that. Once again, this did nothing to bolster his credibility.

[154] The organization of such a stratagem through the fabrication and use of forged documents requires intellectual acuity and a sound grasp of one’s faculties. It is hard to conceive that someone who has lost touch with reality could orchestrate such an operation, particularly one that used such sophisticated means to achieve its purpose.

The arbitrator obviously did not believe the teacher.

Fully aware of the seriousness of the teacher’s actions, the union pleaded that its member was in a situation equivalent to that of a handicap and that the employer was bound to accommodate him under the circumstances.

The arbitrator did not agree, stating the following in that regard:

[162] In this respect, it must be acknowledged that the courts now pay more attention to the rights of the person and the notion of a handicap since the Supreme Court has established a definition coupled with a duty to accommodate. The undersigned recognizes this, but in each case we must ensure that the application of the rules and requirements allows such consideration and accommodation.

[163] In this instance, it was only after the fact, i.e. after the fraudulent acts had been committed, that someone intervened to demand that the employee’s state of health be taken into account and that he be accommodated. …

[166] With respect to accommodation, given the nature and seriousness of the fault, the school board had to take action, a fortiori because at the time it had no evidence of Mr. Racicot’s true state of health. On the contrary, the latter had an attestation of sorts that he deliberately chose to use for other purposes, with the regrettable consequences that have ensued.

[167] In order for reasonable accommodation to occur, the involvement and cooperation of three parties are required, namely the employee, his union and the employer. However, in this instance the employee ignored his doctor’s recommendations and attempted to hide them from his employer and the union, and understandably so, given the gravity of his actions, such that accommodation becomes difficult in the circumstances.

[168] The ex post facto intervention of the union is perfectly understandable, but in such a context (the fault and the surrounding circumstances) the employer cannot retroactively be expected to ignore the seriousness of the employee’s actions and their repercussions by acceding to the union’s demands. It must be noted moreover that the employee was not present during the discussions regarding accommodation; he only revealed his psychological distress when confronted with the repercussions of his conduct.

The arbitrator rejected the union’s argument regarding the obligation to accommodate, given that the employee had knowingly put himself in a situation that effectively prevented him from being accommodated, as he had concealed his true condition from his employer.

Finally, the union argued that the employer had refused to meet with the employee: this was obviously untenable, as the employee had been invited to explain himself before the school board’s commissioners before it adopted the resolution to dismiss him.

In light of all the circumstances, the arbitrator decided not to intervene and confirmed the dismissal. 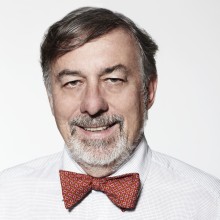