Home > Publications > Articles > A job for life: Not just for laughs!

A job for life: Not just for laughs!

In a decision dated July 13 of this year, Justice Marc Saint-Pierre of the Quebec Superior Court ordered that an employee who had been guaranteed a job “for life” by his employer be reinstated (Gloutnay v. Rozon, 2022 QCCS 2578). This judgment creates a precedent in Quebec civil law by calling into question the idea that an employment contract is for a limited term and holding that an ordinary court has the power to order, in a purely civil action, that an employee be reinstated. The decision was appealed on July 28.

Summary of the decision

The plaintiff André Gloutnay was employed as an archivist by the Just for Laughs Group Inc. (the “Employer”). In 2019, when Mr. Gloutnay was 53 years old and had 25 years’ service, his employment was terminated, since the Employer no longer required his services. He received severance pay equivalent to 12 months’ salary.

The Court then sought to determine whether a guarantee of a job “for life” is valid, given that the Civil Code of Québec (“C.C.Q.”) provides that a contract of employment must be for a fixed term or an indeterminate term. The Court weighed the evidence succinctly and found that the common intention of the parties was to create a one-way guarantee of a job for life that was binding only on the Employer. The Court chose not to address certain important issues, including how to reconcile a unilateral undertaking relating to an essential term of the employment contract (the term) with the fundamentally bilateral nature of an employment contract as a whole.

Although the defendants pointed out that the civil courts had never reinstated an employee in a position that no longer existed, the Court concluded that the request for reinstatement should be allowed. The judge found that the parties had provided an undertaking by the Employer to guarantee the plaintiff a job for life, in the same position throughout. The Court therefore rejected the Employer’s argument that the plaintiff could not be reinstated in a position that no longer existed since the position had been abolished in breach of the Employer’s undertaking. In those circumstances, the Court’s opinion was that there was nothing to prevent effect being given to the intention clearly expressed by the parties by ordering specific performance, although the judge acknowledged that this was an exceptional remedy and a precedent in Quebec in a purely civil context.

In its decision, the Court ordered the Employer to pay the plaintiff his full salary from the date on which his severance pay ended. It also found that the contractual fault committed by the Employer – knowingly violating the employment contract – had itself caused considerable harm to the plaintiff, who testified that he had thought about ending his life after being told that his employment had been terminated, and awarded the plaintiff moral damages in the amount of $20,000.

A unique precedent in Quebec law

This case calls into question a number of fundamental principles of employment law in Quebec.

By recognizing the validity of a guarantee of a job for life, the Superior Court has opened the door to potentially important debate about issues that include how the provisions of the C.C.Q. holding that an employment contract is for a fixed term or an indeterminate term are to be interpreted. The question also arises of whether there are sui generis employment contracts in Quebec law that are not subject to the rules that normally apply under the civil law. It can further be anticipated that we will see major concerns raised about the actual definition of a contract of employment, which presupposes that the employee is hired for a limited time.

Apart from these issues, it is the reinstatement ordered by the Court in a purely civil case that raises the most questions. Never before had an ordinary court ordered that an employee be reinstated in this type of situation. The case law has long been consistent and unanimous in holding that the Superior Court does not have the power to order reinstatement of an employee in a purely civil action.

It is worth noting that the Court of Appeal was of the opinion that the trial judgment [translation] “had an obvious flaw” and that the judge “created an important precedent by ordering that the respondent be reinstated in his previous position”, considering the purely civil context of the action and the clear case law concerning the limits of the power of the Superior Court to intervene in this regard. 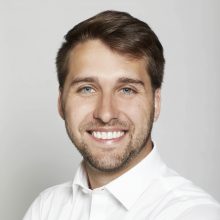