On February 28, 2019, the Supreme Court of Canada upheld the Quebec Court of Appeal’s decision solidarily ordering a lawyer, his firm and two fraudsters to pay nearly seven million dollars in damages. This case is a potent reminder to professionals to respect the limits of their mandates and always act in their clients’ best interests.1

Following the death of her husband, Judith Matte-Thompson (“Matte-Thompson”) consulted her family’s long-time lawyer, Kenneth F. Salomon (“Salomon”), to obtain advice regarding her husband’s estate, for which she was responsible, and her various obligations as trustee, liquidator and director of various corporations, including 166376 Canada Inc. (“Canada Inc.”). Salomon recommended the services of Mr. Themis Papadopoulos (“Papadopoulos”) the directing mind of Triglobal Capital Management Inc. (“Triglobal”) which promoted two offshore hedge funds, iVest and Focus, linked to Triglobal, Papadopoulos and his associate, Mario Bright (“Bright”).

Beginning in 2004, pursuant to Salomon’s advice, Matte-Thompson invested more than one million dollars of her personal savings in various funds linked to Triglobal. Over the next three years, she invested increasingly substantial amounts on behalf of Canada Inc. But in late 2007, Papadopoulos and Bright disappeared with the savings of around 100 investors, including those of Matte-Thompson and Canada Inc.

In 2014 the Quebec Superior Court dismissed the action as against Salomon and SKM, while rendering a default judgment against Papadopoulos and Bright. The trial judge concluded that that the losses suffered by Matte-Thompson and Canada Inc. were the direct consequence of the fraud committed by Papadopoulos and Bright, but were not related to Salomon’s negligence in relation to the investment advice he gave.

However, in February 2017 the Quebec Court of Appeal overturned the Superior Court’s decision and ordered Salomon, his law firm and the two fraudsters to pay damages of nearly seven million dollars to the respondents. The Court of Appeal found that Matte-Thompson and Canada Inc. would not have invested in the funds linked to Triglobal were it not for the advice given by Salomon. The Court concluded that Salomon breached his obligation to advise and his obligation of loyalty to his clients.

Salomon and SKM appealed this decision. On February 28, 2019 a majority of the Supreme Court of Canada dismissed their appeal, effectively upholding the damages award against them. Justice Côté however dissented.

In reasons delivered by Justice Gascon, the Court considered that Salomon had not simply referred his clients to Papadopoulos, as he maintained, but had provided them with faulty financial advice and breached both his obligation to advise and his obligation of loyalty towards them.

According to the majority, Salomon should not have recommended a non-diversified investment in offshore hedge funds to clients whose primary goal was to preserve their capital. The Court found Salomon at fault for having continually recommended the services of Papadopoulos and Triglobal and the products they offered, and for encouraging his clients to make and retain investments in these funds without performing any due diligence whatsoever.

The Court also noted that Salomon had placed himself in a conflict of interest and breached his duty of confidentiality through his relationship with Papadopoulos, who was a friend of his, in convincing Matte-Thompson and Canada Inc. not to withdraw their investments with Triglobal. Regarding the scope of a lawyer’s duty of loyalty,, the Court stated: “Moreover, Mr. Salomon turned a blind eye to a conflict of interest which resulted in him serving two masters and sacrificing the respondents’ interests”.

In its analysis of causation, the Court took the view that the losses suffered by Matte-Thompson and Canada Inc. had a logical, direct and immediate causal link with both the faults of Salomon and his firm and those of the fraudsters. The Court noted that “[i]n the instant case, Mr. Salomon’s blind endorsement of Mr. Papadopoulos, his failure to perform due diligence and his baseless reassurances caused the respondents to be vulnerable to a potential fraud.” It accordingly rejected the defence’s argument that the fraud committed by Papadopoulos and Bright broke the causal link between the faults of Salomon and SKM and the damages claimed.

The Court stressed in its decision that “any advice lawyers give that exceeds their mandate may, if wrongful, engage their liability”.

This appeal raised important questions regarding causation, given that the fraud was committed by Papadopoulos and Bright. The Supreme Court confirmed the analysis of the Court of Appeal by holding that the liability of Salomon and his firm was to be analysed globally and suggesting that various relevant factors were all part of a continuum that led to the losses sustained by Matte-Thompson and Canada Inc. However, in her dissent Justice Côté underlined the limits of that approach in other circumstances: “The fact remains that a direct causal link must be broken at some point. Otherwise, any lawyer who makes a wrongful referral would become an insurer of the recommended professional’s services for years to come – with no end in sight”.

Ultimately this judgment restates the importance of the obligations incumbent on professionals and serves as a serious warning to all those tempted to take the initiative of offering advice that is outside the scope of their mandate. 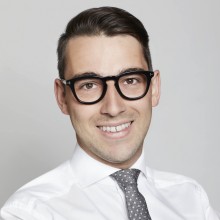 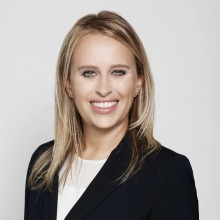