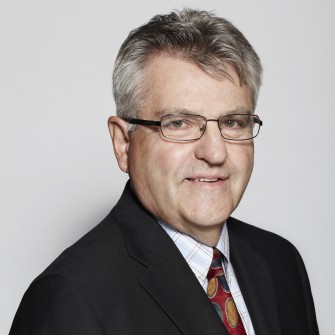 He is a strategic advisor to many institutional creditors and major corporations in matters involving financial risk.

He litigates before the provincial and federal courts as well as various administrative and arbitration tribunals.

Alain is listed in The Canadian Legal Lexpert® Directory 2008 and 2009 as a leading practitioner in the areas of financing, insolvency and restructuring.

Represented the trustee in the Dubeau bankruptcy case (200.11.011976.035) in seeking the recovery of the sale price of shares held by the debtor in seven subsidiary corporations. Gestion Courvie Inc. was ordered to pay over $1.5 million (upheld by the Quebec Court of Appeal on December 13, 2007).

Represented the interests of the secured creditor and trustee in the bankruptcy of La Latte des Berges Inc. in the Kruger case. The Superior Court ruled that wrongful omissions on the part of Kruger Inc. resulted in the loss of stumpage fees (TSFMA), and the Court of Appeal upheld the lower court’s order that Kruger pay $1.75 million (April 4, 2008).

Represented Banque Nationale de Paris and PricewaterhouseCoopers. The court dismissed a claim for $2.5 million in damages in connection with representations by the vendor to the purchaser of a hotel (200.05.008423.0977, May 15, 2008).

Represented Boralex Inc. in a commercial arbitration case where $8.2 million was sought in addition to the termination of a 24-year service contract together with an application for an injunction (injunction granted on January 22, 2008, 150.05.00014.077).

Represented the majority shareholders of Denis Cimaf Inc. in the Gyro-Trac Côte Ouest Inc. case, which involved the interpretation of commercial agreements, the exercise of a right of withdrawal, and the enforcement of non-compete clauses (200.17.007607.062) (Safeguard order, January 2008).

Since 1980 – Member of the Canadian Bar Association, Bankruptcy and Insolvency Section