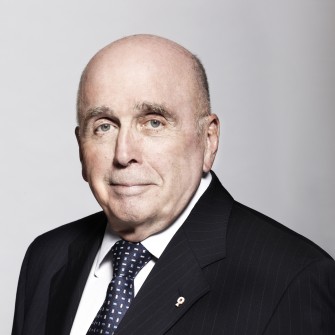 A Fellow of the American College of Trial Lawyers, Raynold Langlois was a litigator and strategic advisor to corporate clients.

He has been prominently involved in hostile takeover bids and related securities litigation.

He has represented governments and corporations before various regulatory boards, including the Canadian Radio-Television and Telecommunications Commission, the Canadian Transportation Agency and the National Energy Board. He has also acted for governments and corporate clients in constitutional, administrative and commercial law matters before trial and appeal courts, including the Federal Courts and the Supreme Court of Canada.

Raynold was lead counsel to the Canadian federal government in the Urea Formaldehyde Foam Insulation (“UFFI”) case, the most complex product liability suit ever litigated in North America. He also represented the federal government before the Supreme Court of Canada during the references on the repatriation of the Canadian Constitution and the constitutional veto power of the Province of Quebec. He was counsel to the Canadian and Quebec Provincial Court judges associations and represents Quebec’s National Assembly in litigation proceedings related to parliamentary privilege. He has also acted as the appointed independent counsel of the Canadian Judicial Council.

He has recently been retained to defend a number of corporations in several provincial and national class actions. Often consulted on corporate governance issues, he was also frequently invited to speak on legal and government relations topics.

Among the top 25 litigation lawyers in Canada by Lexpert magazine

Oppression remedy and cancellation of share issuance proceedings against Metro Inc., a major Canadian grocery retailer
He successfully defended against the claim of a group of shareholder merchants who maintained, in Québec Superior Court, that Metro’s share-capital structure and the make-up of its board of directors breached their rights.

1989 −  “Limits on Section 7 in the Supreme Court: The Case of the Poisoned Arrow?” in “As the Charter evolves: proceedings of the March 1989 Colloquium of the Canadian Bar Association in Toronto”, edited by Gerald-A. Beaudoin, Cowansville, Yvon Blais Inc., 41

2009 – “Everything you ever wanted to know about appeals but were afraid to ask”, Langlois Kronström Desjardins

2005 – Pierre J. Dalphond, J.A. and  Raynold Langlois, “Everything you ever wanted to know about appeals but were afraid to ask”, continuing education seminar organized by the Young Bar Association of Montreal

2002 – “The Impact of the Enron/Worldcom Collapses on the Actuarial Profession in Canada – Boy, Do I Hate My Actuary!”, Discussion paper, CIA

2002 – “Can Abuse of Authority be the Basis for Legal Action against a Member of an Administrative Tribunal?”,  Advanced conference on administrative law for the Canadian Institute

2001 – “Your Board of Directors: Synergy or Anarchy?”, on the occasion of the 12th Convention of Young Quebec Business-persons

1996 – “Address on directors’ liability and corporate governance: A Matter of Simple Common Sense”

1995 – Jean-Pierre Bourbonnais, André Perrault and Jean-Guy Sénécal, “The Rules of Corporate Governance – Assessing the Effectiveness of Boards of Directors”

1993 – “In the Wake of the Braer: Do We Need More Regulation?”, Environmental Conference, Quebec City

1992 – “A Lesson in Causation: The UFFI saga”, presentation to The Toxicology Forum, Washington, D.C.

1992 – “The Vulnerability of Corporate Directors”

1991 – “Don’t be a Corporate Director Just for the Glory! – Role and functions of boards of directors and management committees”

1990 – “Governing Law, Choice of Forum and Jurisdictional Issues in Canada”

1987 – “Presentation on deregulation”, to the Canadian Manufacturers Association, Quebec City

1985 – “Evidentiary Issues in cases involving the Canadian Charter of Rights and Freedoms”, Montréal

1985 – “How Lawyers should act Responsibly in Crisis Situations”

1984 – “Privative Clauses in the Canadian and Quebec Charters of Rights, and the Burden of Proof,” Montréal

1980 – “The Constitutional Basis of the Canadian Economic System”, for the Canadian Institute for Advanced Legal Studies

1978 – “Liability of Maritime Carriers following the Adoption of the Hamburg Rules: Has Anything Really Changed?”

1975 – Address on in rem proceedings in maritime matters

2006-2014 – Member of the London Court of International Arbitration (LCIA)

2002-2014 – Secretary of the Canadian Institute for Advanced Legal Studies

2002-2014 – Governor of the Quebec Federation of Chambers of Commerce

1960-1980 – Member of the naval reserve of the Canadian Armed Forces; retired with the rank of Captain