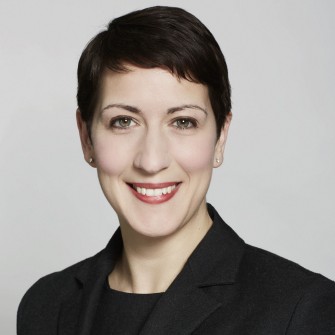 Vikki is a partner in the Montréal office of Langlois Lawyers. She specializes in litigation and alternative dispute resolution. She has advised and represented clients in a range of matters, including in connection with construction and insurance law, contractual, civil, professional and environmental liability, and class actions.

Vikki has acted as counsel before the Court of Québec, the Quebec Superior Court and Court of Appeal, and the Supreme Court of Canada, as well as before arbitration tribunals and mediators in cases involving insurance coverage, construction claims, contract enforcement, injunctive relief, confidentiality measures, engineers’ liability, class action authorization and the enforcement and annulment of arbitration agreements and awards.

She carries on her practice in both English and French.

Advising and representing an engineering firm in disputes arising in the course of various civil infrastructure construction projects, including with respect to tender process.

Advising and representing owners with respect to claims for cost overruns on high-rise construction project.

Advising and representing a general contractor in an infrastructure project contract dispute in Northern Canada.

Defending an excess insurer against multiple coverage claims stemming from alleged professional liability of its insured for latent defects in respect of multiple properties.

Advised and represented general contractor in context of a construction lien action in Ontario.

Successfully defended an engineer against a structural defect claim.

Member of the team which successfully obtained the recognition of the implied undertaking of confidentiality rule with respect to discoveries in Quebec (Lac d’Amiante du Québec Ltée v. 2858-0702 Québec Inc., 2001 SCC 51 (CanLII))

Regularly advising and defending professionals, including home inspectors and engineers, with respect to allegations of liability.

2019 – Speaker, “L’hypothèque légale de la construction au Québec et en Ontario : comment la substituer?” (The legal construction hypothec in Quebec and Ontario: how to substitute one for the other?), joint presentation with Marie-Claude Carrier and Stéphanie Fortier-Dumais, to the annual convention of the Quebec General Contractors Association (CEGQ), February 20 to 22, 2019.

Since 2019 – International Centre for Dispute Resolution (ICDR) Canada, member of the Panel of Arbitrators

Since 2018 – Member of PLUS (Professional Liability Underwriting Society)