Dawn of the ‘Super Contract’

This article first appeared on the Construction Canada website. Over the years, the Canadian Construction Documents Committee (CCDC) has developed and kept current a series of standard construction contracts for use across the country. Among the many such contracts standardized by CCDC, seven govern the relations between owners and prime contractors.

Those seven can be divided into three categories:

In the general contract category, the owner entrusts the prime contractor with overall performance of the work, and the latter sub-contracts directly with any trade contractors whose services may be required (i.e. Canadian Construction Association [CCA] 1, Stipulated Price Subcontract).
Those four CCDC contracts essentially differ in the way the prime contractor is remunerated. That is either:

For CCDC 14, Design-Build Stipulated Price Contract, in addition to the overall performance of the work, the owner entrusts the prime contractor with its design. If necessary, the contractor engages one or more consultants to perform the required design services (CCDC 15, Design Services Contract between Design-Builder and Consultant) and enters into sub-contracts with any trade contractors whose services may be required (CCA 1).

In the case of contract CCDA 5B, Construction Management Contract for Services and Construction, the construction manager is responsible for performing the work and subcontracting with any trade contractors whose services may be required (CCA 1).

How can we facilitate the selection of the most appropriate standard contract, avoid situations where the client insists on using a less appropriate one1 and concentrate our conservation, training, and updating efforts on a reduced number of documents? The solution may be reliance on ‘super contracts.’

The authors believe contracts CCDC 5A and 5B already have potential for ‘super contracts’ because they are suited to a great many situations covered by contracts CCDC 2, 3, 4, and 18. For example:

Since the CCDC 5 contracts are not currently suited to the design-build scenario, the next revision could be, via a schedule providing for a design services option. The advantages would be manifold, including:

Further, the concept of super contracts would resolve the question of pre-construction services often offered in practice by the prime contractor, but not covered as comprehensively as under CCDC 5B (which covers details that may prove useful to the parties in the event of abandonment of the project or abrupt termination of the contract by the owner).

Additionally, it offers the parties additional options not found in contracts CCDC 2, 3, 4, and 18, such as:

While reducing the number of standard contracts between owners and prime contractors would be a step in the right direction, the authors feel the remainder should be significantly trimmed down, as they are often intimidating to owners and trade contractors due to the sheer number of provisions they contain.

1 Such is the case with contract CCDC 3, which is often preferred over CCDC 5B.
2 See Section A-5, Schedule A-1, Schedule A-2, Schedule B, and, in the case of 5-B, the Lump Sum Schedule.
3 Contracts CCDC 2 and CCDC 18 are ill-suited to projects in the design phase. As for CCDC 3, it is more suitable but the range of pre-construction services and related fees is not as comprehensive as under CCDC 5B.
4 All that is required is to adequately flesh out the agreement—particularly sections A-3 and Schedule A-1—in accordance with the project’s progress.
5 It is less risky for the contractor as the latter does not directly assume responsibility for performing the work, which is assumed directly by the trade contractors who have contracted with the owner (CCDC 17).
6 This is because the contractor directly assumes the responsibility for the performance of the work vis-à-vis the owner. 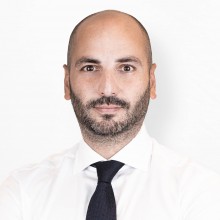